My story - I am due to run the 2016 London Marathon, which is slightly absurd behavior for a somewhat inept athlete. However I do have a cause, my three-year old nephew Ted was diagnosed with acute lymphoblastic leukemia (ALL) at Easter, and he is currently receiving outstanding treatment at Birmingham Children's Hospital. But the ward and facilities are really old and in need of a serious overhaul.

The hospital has launched a £4,000,000 appeal to help raise funds for this. Since Ted will be treated at the hospital for possibly the next 3 years, and in particular on Ward 15 and the Day Care Centre -  these improvements will directly affect him. Therefore I am running not because I have lost my marbles, but to raise much needed funds for all the little boys and girls battling cancer who need help to make their lives a little bit better.

Whilst the research and care that is given at the hospital is amongst the best in the world, the facilities have been neglected. Ward 15 cares for children living with cancer who have just been born and up to 12 years of age. This is a large age range and sadly because this age group can’t always speak for themselves they have escaped funding and refurbishment.

The ward is old, outdated and not suitable for these incredible children and their families who fight for their lives every single day. Parents sleep on old camp beds, playrooms are locked at weekends, the kitchen has no cooking facilities, apart from an old kettle, microwave and toaster that share the same socket.

I think I have been fairly standard in my approach to fundraising. I set up a Just Giving Page and then I announced it on Facebook. I believe that it is really important that people are aware that the funds raised are going towards something specific that will benefit all of the amazing people who work and receive treatment at BCH Ward 15 and the Day Care Centre.

Each few days I give a bit of an update as to the current total, which often kicks on a few more to donate. I have also got family and friends shouting about it and that really helps to. I think that a lot of people wanted to show their sympathy and support for Ted’s situation and have finally been able to do so through donations. We have been absolutely overwhelmed by the response and people’s generosity.

It is very much a team effort, I have the support of two friends, Emma Reddock and Lizzie Davidson who have signed up to run the race and are also fundraising, which in turn raises both awareness and money for the appeal.

I initially started running using the Couch to 5K app, which was really useful in getting me going and introducing me back into running. I hadn’t run in such a long time that I was very nervous about the task in hand.

After I was back into the swing of running for thirty minutes without stopping I started using a generic training programme for the half marathon. I downloaded it off the Bupa website. I opted for an intermediate programme just so that I was over prepared, as I have heard that the Birmingham Half Marathon is quite hilly!

I have been quite disciplined at sticking to the plan, although I tailor it a little to what I feel I am able to do on that day. Sometimes you just feel as though you can run further and so I do, equally some days your legs feel tired, and those are the days that I don’t over do it, as I don’t want any injuries this close to the race. I usually run three or four times a week, combining interval and tempo training and a longer run. I also use a ‘My Asics’ App on my phone that tracks my route, distance and pace.

My biggest inspiration is knowing that Ted, my nephew, feels far worse pain on a daily basis and has horrible treatments each week, so a stitch or simply being tired is just no comparison, so its just not that big a deal. Also seeing the donations stack up on My Just Giving page gives me that extra motivation when it’s raining or I feel tired.

Keep adding new tunes to your running playlist as this will really spur you on and keep you going. New music for new roads! 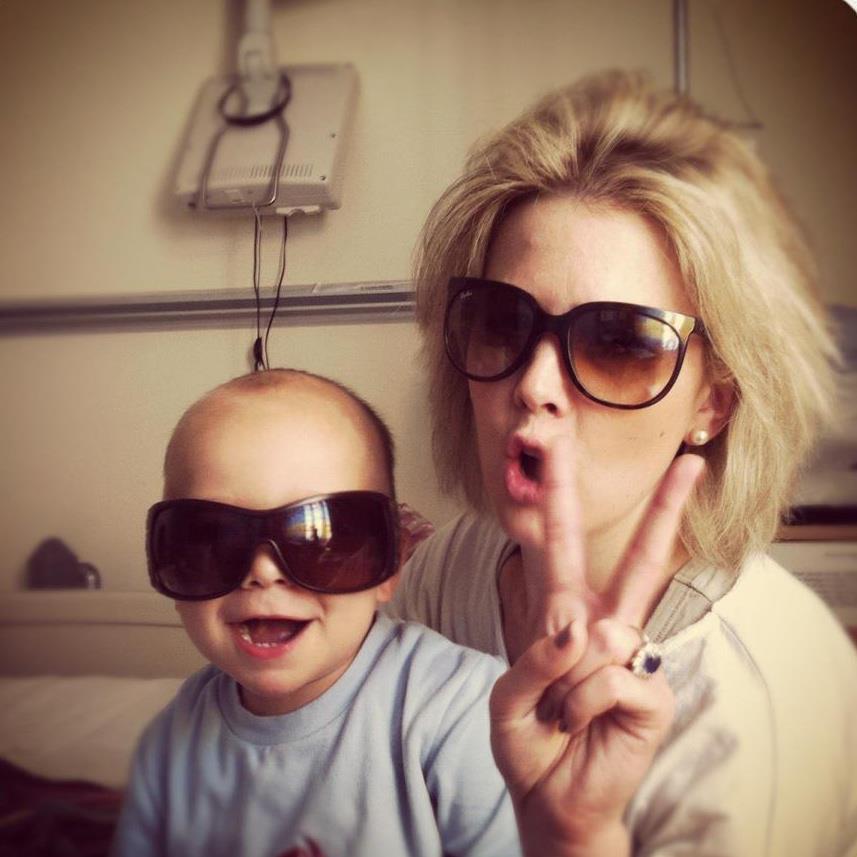 Back
Next: Gillian's Story - Children With Cancer
Built by: Damage