I have been raising money for Children with Cancer UK in memory of my friend’s little boy for the last three years. He was diagnosed with leukaemia at the age of nine months and spent the majority of his short life in hospital. His courage and his parent’s bravery inspired me to run my first marathon and many others races around the UK to support the charity.

Sadly just a week after the marathon his parents were given the devastating news that the condition was terminal and Henry was given just two weeks to live. The bravery and courage his family showed after his death inspired me to continue fundraising.

Fundraising can be a challenge, especially when I constantly enter marathons and half marathons. But by coming up with different fundraising ideas I have raised nearly £20,000 for Children with Cancer UK. I have organized a number of events to top up sponsorship including afternoon tea, a zumba party night which raised a massive £1,000 in one night, an auction night at a local restaurant and a half marathon (52 laps) around the local football pitch with a bucket collection.

With the help of my friends, I held a charity bag pack and a children’s Christmas party. I also held my first Charity Ball, which raised a massive £4000 in one night. At the ball, I held a raffle and auction, and had a singer and disco. I hope to make this an annual event. I find when you do so many things for charity, events are the best way of raising money as people are getting something for their money, at the same time as raising money for a fantastic cause.

It was the most emotional moment of my life crossing the finish line first time. Even though I have now done five marathons, I always feel a sense of achievement and find it very emotional. I could not organize and hold all these events without my amazing friends helping me, and for this I am truly grateful. My friends little boy is always with me when I run my races and I wear my Children with Cancer UK vest with absolute pride. 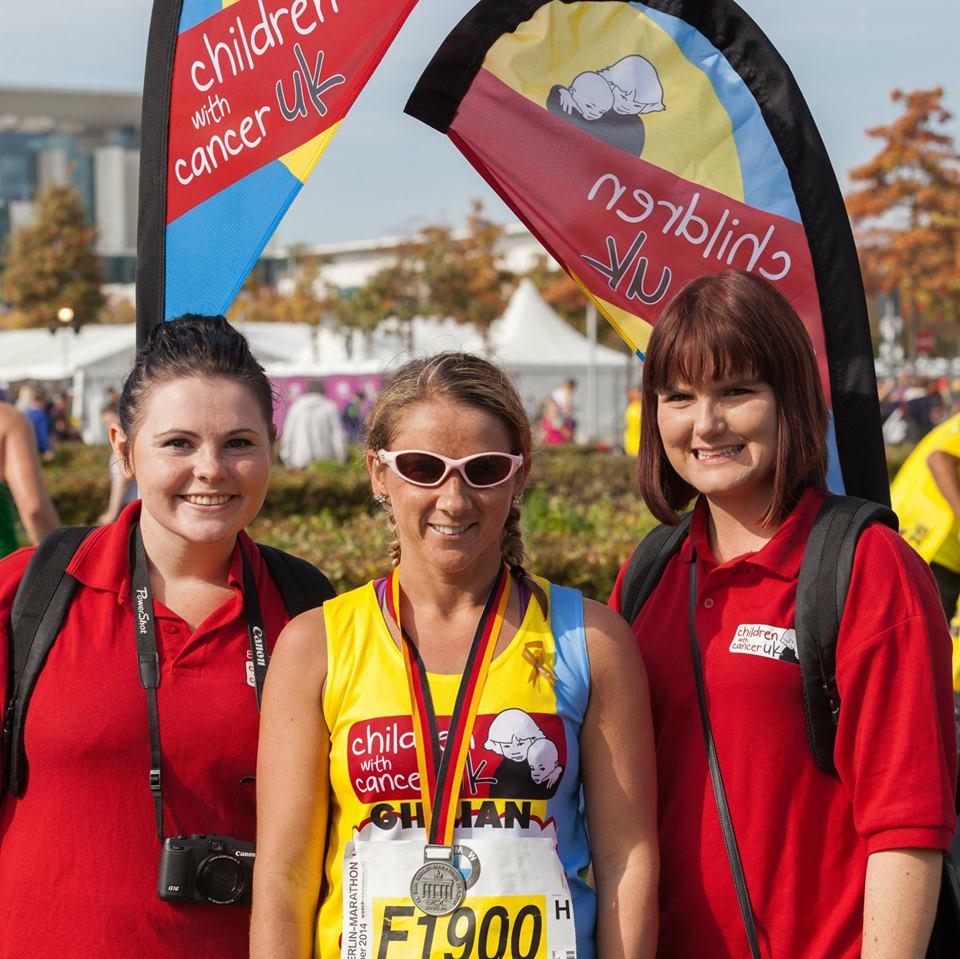 Back
Next: Kathryn's Story - Beating Bowel Cancer
Built by: Damage